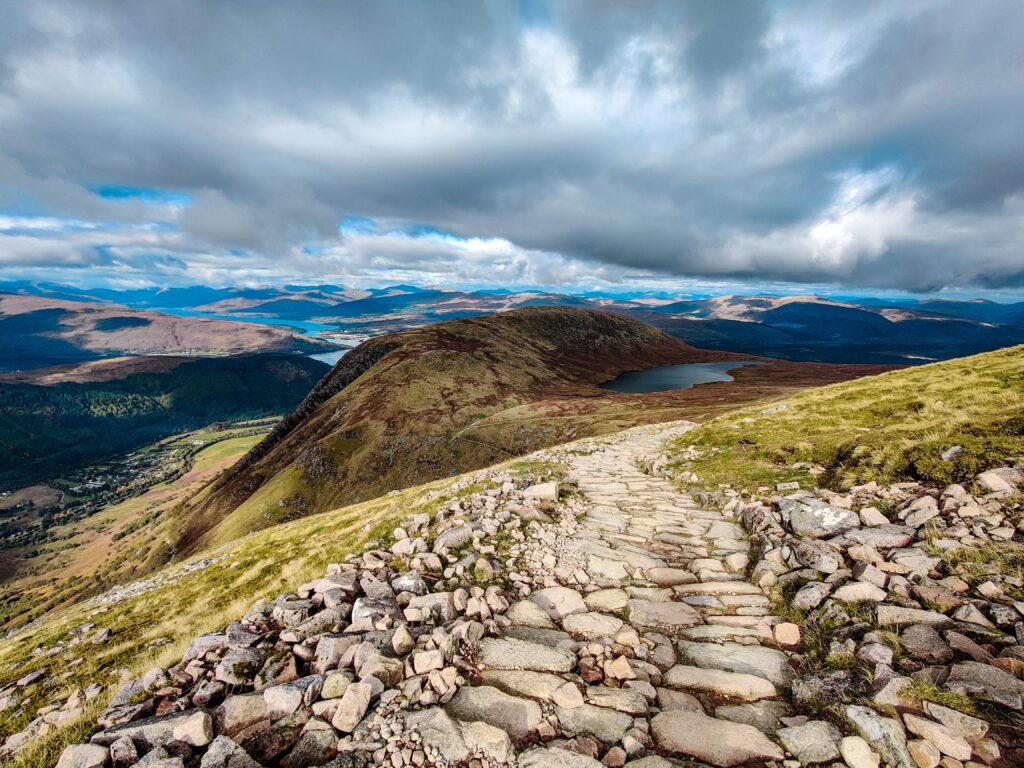 The Charles Ingles Clark hut is situated underneath the North East face of Ben Nevis at around a height of 680 metres. It was built in 1929 and is owned and maintained by the Scottish Mountaineering Club. The major benefit of the hut is that it allows quick access to the hundreds of routes on this side of the mountain.

The month of May often sees the gullies of the NE face full of snow while the buttresses and ridges can be clear. Some routes such as Tower Ridge and Observatory Ridge can be dry on the lower half while being under snow in the upper sections. This gives the routes an Alpine feel.

On the weekend of the 13th and 14th May, in partnership with a local council, I headed into the CIC hut for a weekend’s scrambling and climbing. The group were all keen hillwalkers and some had climbed indoors.

The major objective of the weekend was Tower Ridge. This is one of the longest climbs in the country and finishes less than five minutes from the top of the mountain. It is one of the grandest and most entertaining ways of reaching the summit.

We reached the hut at 3pm on the 13th. After a quick cuppa we began the walk up to the bottom of the route. After some steep walking on snow we reached the route at 4:30pm. After four and a half hours of continuously interesting scrambling, rock and ice climbing, we arrived on the summit of Ben Nevis.

The summit of the Ben and all the mountains around were cloud free allowing us spectacular views of Skye, Glencoe, the Southern Highlands and the hills to the North. The vista was made even more magnificent as the sun was setting. After a bite to eat, many photos and lots of smiles we headed down in the fading light to arrive at the hut at midnight for a very late dinner.

The next morning luck was on our side and again all the mountains were cloud free. Unfortunately legs weren’t quite as fresh as the day before so a shorter day was planned. Everyone in the group was keen to bag Carn Mor Dearg and walk as much of the CMD Arete as possible. If you are planning on climbing Carn Mor Dearg but not continuing to the summit of the Ben, the best way to do this is to head up the abseil posts in Coire Leis (although the terrain is quite loose if not snow covered). By going in this direction all the breathtaking walking and scrambling on the CMD Arete can be enjoyed, the summit of Carn Mor Dearg climbed and the painful direct slog from the CIC hut missed out.

On returning to the hut from the summit, a few brews and some lunch were enjoyed before the final wander down the hill and the drive to Fort William for some celebratory drinks.

Want to find out more? Get in touch